It’s been a long hot summer, and I wasn’t even in Austin. I just got back here today, though, and am loving it. We had some major adventures these past few months, criscrossing the USA. Here we are backstage at the Earlville Opera House and also here I am doing security at Lincoln Center for the Midsummer Night Swing series. 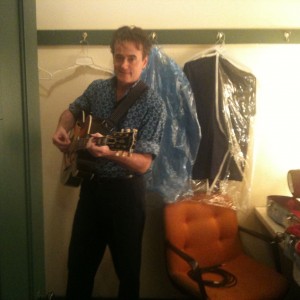 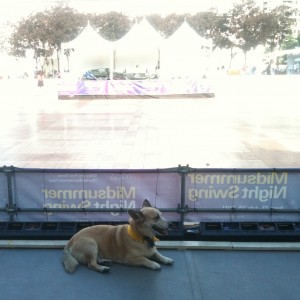 We played the WGLT Festival in Normal IL and it got a little loud so I wore my headscarf. 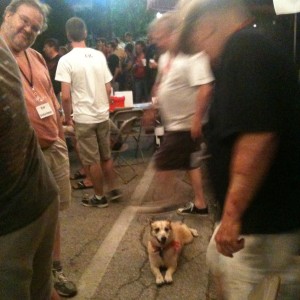 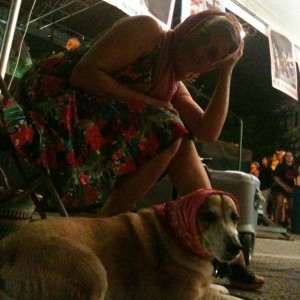 Mostly I was told to stay off the stage this summer, which was disappointing, but I came to realize that it can get pretty boring being up there for 45 minutes at a time. This week I did sneak up on stage at the Prescott Park Arts Festival in Portsmouth, NH, though, and I killed. 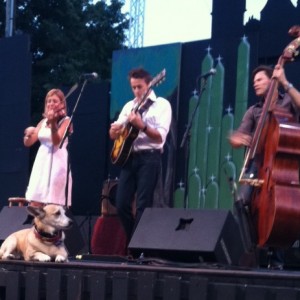 We traveled to a bunch of festivals where I received various gifts, including two Spiffy Dog collars from an old friend from Colorado, Kyle Nelson. I can’t decide which one I like best so have been wearing both. Elana and Jake went to Oman in July and Whit and I stayed in Austin, but they did meet one of my Omani cousins in Muscat, and took their picture with the Sultan, who I think is still trying to decide between leading the country or joining the Hot Club of Cowtown. 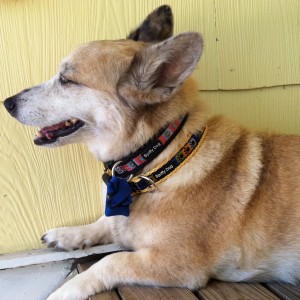 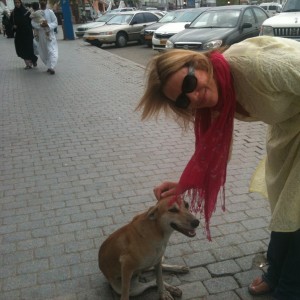 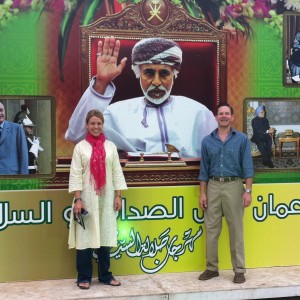 Sometimes we had a little car trouble, like in Cleveland, but Whit found a hanger and solved it (with Jake’s and my help). Also in Boston the valet completely totaled the front door of the van, but they are paying for it, so we are thinking of getting a brand new van and telling them that’s what it cost to replace the door–HAHAHAHAHAHAHAHAHA. 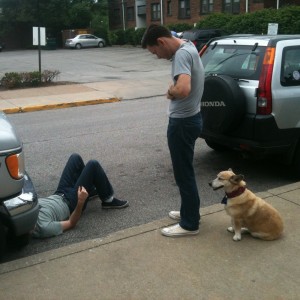 The best things about Colorado were seeing old friends, sleeping under the piano backstage at the Strings Music festival, driving through a lightning storm, and walking in the woods in Winter Park. 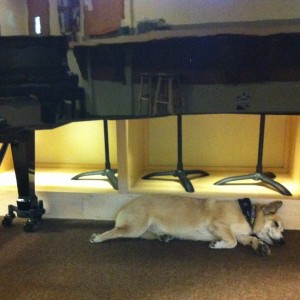 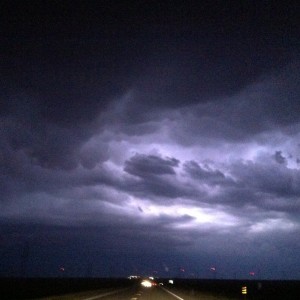 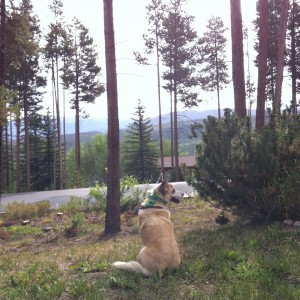 This past weekend at the American Folk Festival in Bangor, ME I was treated like a rockstar, with my own transportation and an afternoon with good friends along the riverside. 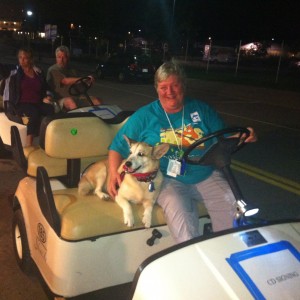 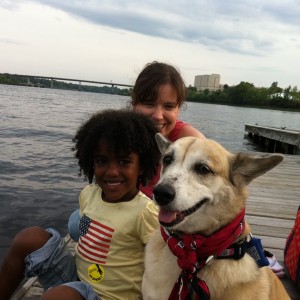 Thank you for a wonderful summer. 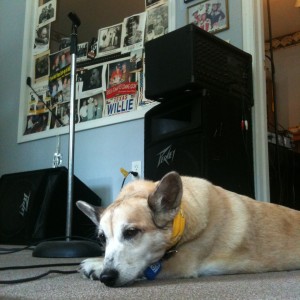